For Chicagoans Only: A leadership reflection on a 30th anniversary of Chicago’s first and only African American mayor. 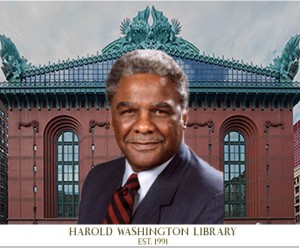 Chicago, via the reign of the first Mayor Daley, had become known as the city that works. Harold Washington ran and eventually won the 1983 mayoral election on the vision of a city that works not just for a few but a working city for all.

Before his untimely death at the very beginning of his second term in 1987 Mayor Washington was concerned that his supporters liked him too much. He considered it a weakness that people liked him and did not challenge his policies. As a state representative Harold proclaimed that ‘a representative is only as strong as the people he represents.”

Mayor Washington was calling for his followers to lead him by challenging his polices. He realized that he could leverage their protest to empower him to become a better leader.

What if the politicians of today shared Harold’s concern instead of incessantly seeking the approval of their followers?

Ø As a follower do you lead your leader by challenging him or her?

Ø As a leader do your followers lead you with their protest?

Ø As a leader do you avoid, tolerate or reward the opposition of your followers?

Ø As a leader have you ever been concerned that your followers like you too much or not enough?

Ø Are you concerned those you lead are not challenging you, not leading you, not making you feel uncomfortable?

I recall a top executive giddily telling me how in the presence of the entire team a junior member opposed him and empowered him to change his mind. It is not surprising that this team went on to redefine their industry.

Coming soon: The Magic and Power of Simultaneous Leadership® where leaders lead as they follow and follow as they lead.